The Kyzyltash sulphide ore body represents the long term future for Chaarat in Kyrgyzstan and presents the Company with a clear avenue for organic growth.


The Kyzyltash project is a larger, higher grade resource than Tulkubash but its extraction will be more complex given it is refractory in nature. However, there are a number of proven technologies available to extract gold economically from refractory ore-bodies, with over 40% of annual world gold production coming from this type of ore.

Kyzyltash will be an underground mine, with an adit driven into high grade mineralisation in the heart of the deposit. Based on early-stage engineering designs, Kyzyltash has the potential to produce 200,000-300,000 ounces of gold per annum with low operating cash costs.

Due to the scale of investment required and the additional risks associated with both underground mining and refractory ore processing, a phased development – starting with the Tulkubash oxide heap leach development – has been adopted.

The Tulkubash oxide heap leach development is currently in construction and is estimated to start production in 2024. The Kyzyltash deposit will be the second phase of the development and will be further developed in the coming years. Please see more information on the ore body below.

The Kyzyltash Zone is a series of sulphide-bearing ore bodies made up of the Main Zone and Contact Zone mineralization (see figures below). The mineralized zones occur within two subparallel northeast-trending structural zones that have been traced for 10 km along strike. Surface and underground drilling has demonstrated vertical continuity in excess of 1.1 km. Most of the orebodies have only been drilled to a depth of less than 200 m below the surface and are open at depth and along strike.

The current Kyzyltash Resource of 5.4 million ounces of gold has been developed based on 80,000 meters of drilling along a strike length of 4 km and favorable geology extends for over 20 kilometres of strike length. Further surface drilling is expected to extend strike length, while future underground drilling is likely to extend mineralization down dip. Given the size and grade of the resource as currently defined and the extent of favorable geology contiguous to it, a significantly larger resource is considered to be achievable. 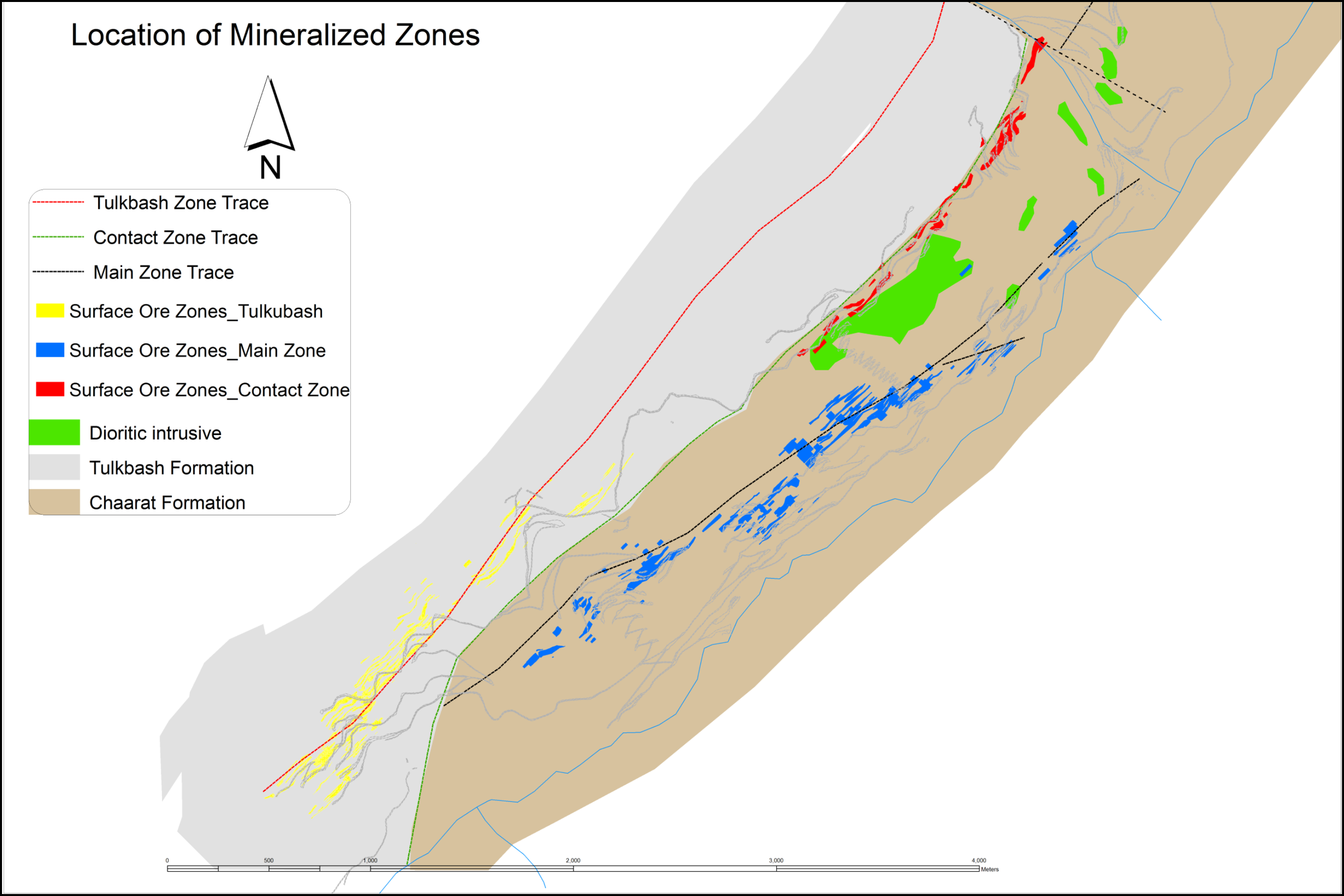 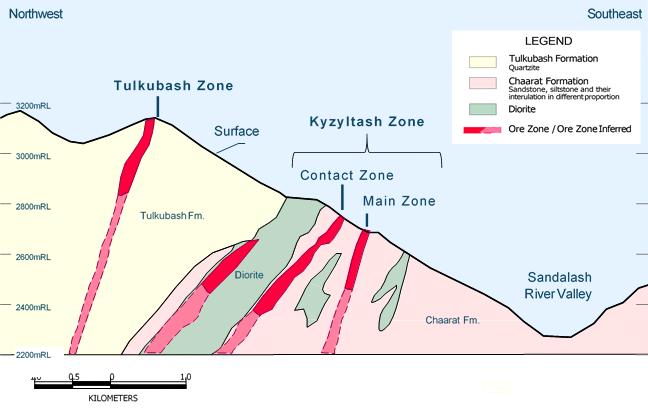