The stabilization agreement provides the investor with the right to choose the most favorable conditions for paying taxes. In case of a change in legislation, the investor may determine whether it is more convenient for him to maintain the previous conditions or better to pay according to the adopted amendments.

“The issue of stability of legislation is very important for investors, it is sometimes one of the main issues that the companies have when exploring the market. Businessmen want to make sure that their rights are protected,” said Azamat Akeneev, expert of the Business Development and Investment Council. According to him, amendments to the investment law were initiated several years ago with the help of the International Business Council  in order to minimize business risks. According to the amendments, the investor has the right to enter into agreement on stabilization regime if several conditions are met such as the contribution size to the economy, the selected industry and some others.

“In our case, Chaarat Zaav CJSC became the first company to obtain this right. I note that the stabilization regime means the following: an investor has the right to use one tax regime for ten years. If interest rates are raised, the company will have interest rates fixed at the time of signing the agreement. In the opposite case, if rates are lowered, one can choose a new tax regime. This is done in order to create conditions for improving the investment climate, ” said Khanchoro Murzaliyev, Head of the Investment Policy Department under the Ministry of Economy of the Kyrgyz Republic.

In the past, there were no such agreements made in the country, even though almost five years have passed since the adoption of amendments to the Investment Law.

“We hope that Chaarat Zaav will be the first company to discover the benefits of stabilization agreements and would help demonstrate them to other investors,” commented Sanjar Mukanbetov, Minister of Economy. 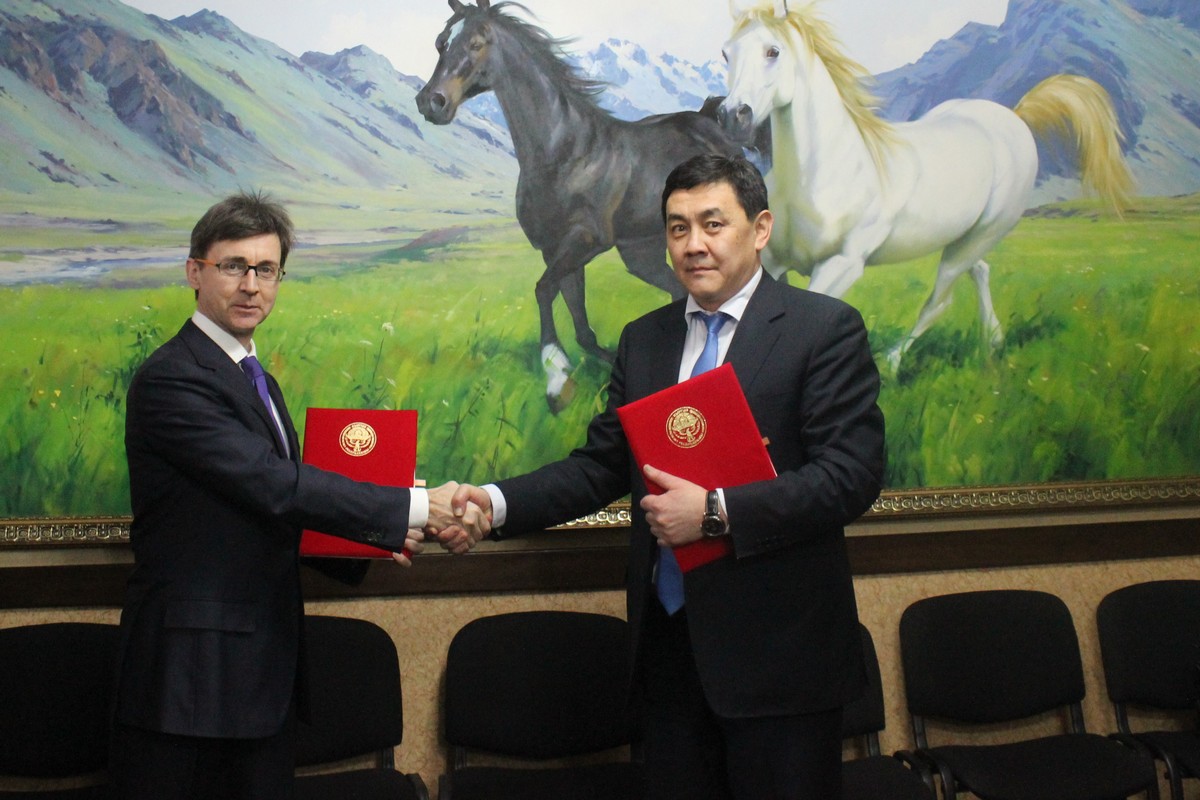 According to Daniyar Mederov, Deputy Director of the International Business Council, the country has good capacity, but an investor needs conditions – both for those who are just about to enter the market, and for those who have been working for a long time.

“Our organization has been talking about this for a long time. We emphasize on various platforms that we need to ensure a consistent fiscal policy, so that the investor feels secure about the money invested. And we advocated for the first stabilization agreement to appear as soon as possible. This happened with a promising company, within the framework of agreements with Chaarat Zaav and we hope this fact will not be the only one and others would follow the example of this investor”.

The agreement, of course, includes obligations on the part of the Company too: within five years, Chaarat Zaav CJSC shall invest in the economy at least 20 million US dollars in money and / or property. In addition, the investor will direct financing to continue activities related to the study, survey, exploration and development of mineral resources.

According to Khanchoro Murzaliev, both the population and the region where the Company operates will benefit:

“There will be new jobs in this area, there will be additional tax revenues from income and from the activities of the investor. Both the state and the local economy will gain the benefits.”

Shumkarbek Adilbek uulu, Director of the Investment Promotion and Protection Agency emphasized: the country is trying to create the most favorable and comfortable conditions for investment; therefore, new opportunities and new investment protection mechanisms are being developed:

“We conclude a stabilization agreement with Chaarat Zaav and according to the agreement if the legislation changes, the investor can retain the previous conditions. We help in creating and signing an investment agreement that is intended to promote stable work in the country, and in the future, we will provide administrative and other support.”

As a reminder, Chaarat Zaav CJSC is developing a large Chaarat gold deposit in Chatkal district of the Kyrgyz Republic and it is a subsidiary company of Chaarat Gold Holdings Limited. In addition, assets of the British holding company include the operating Kapan gold mine in Armenia.  Chaarat Gold Holdings Limited has a clear strategy for establishing a leading gold mining company in the CIS in accordance with the highest world production, environmental and social standards.