In last weeks’ meetings with the new president of the country, Sadyr Japarov, and the new prime minister, Ulukbek Maripov, Chaarat Gold Holdings Limited Executive Chairman of the Board Martin Andersson received positive feedback in supporting the progress of Chaarat’s projects and appreciation for the investments and community support to date.

Martin Andersson, Executive Chairman of the Board, commented:

“I am pleased with the positive feedback received during the meetings in country and it was a great honour to meet the new leaders of the Kyrgyz Republic in person. The meetings confirmed that Chaarat as an investor and our projects in the Chatkal valley are seen as a major step forward for the communities and are important to the country. We are positive that investments such as ours will attract further investment to the country.”

In further meetings, a memorandum of partnership and cooperation with foreign investors was signed between Chaarat Gold Holdings Limited (AIM:CGH) and the Investment Promotion and Protection Agency (IPPA) aimed at attracting investments, as well as developing a number of projects in the regions. 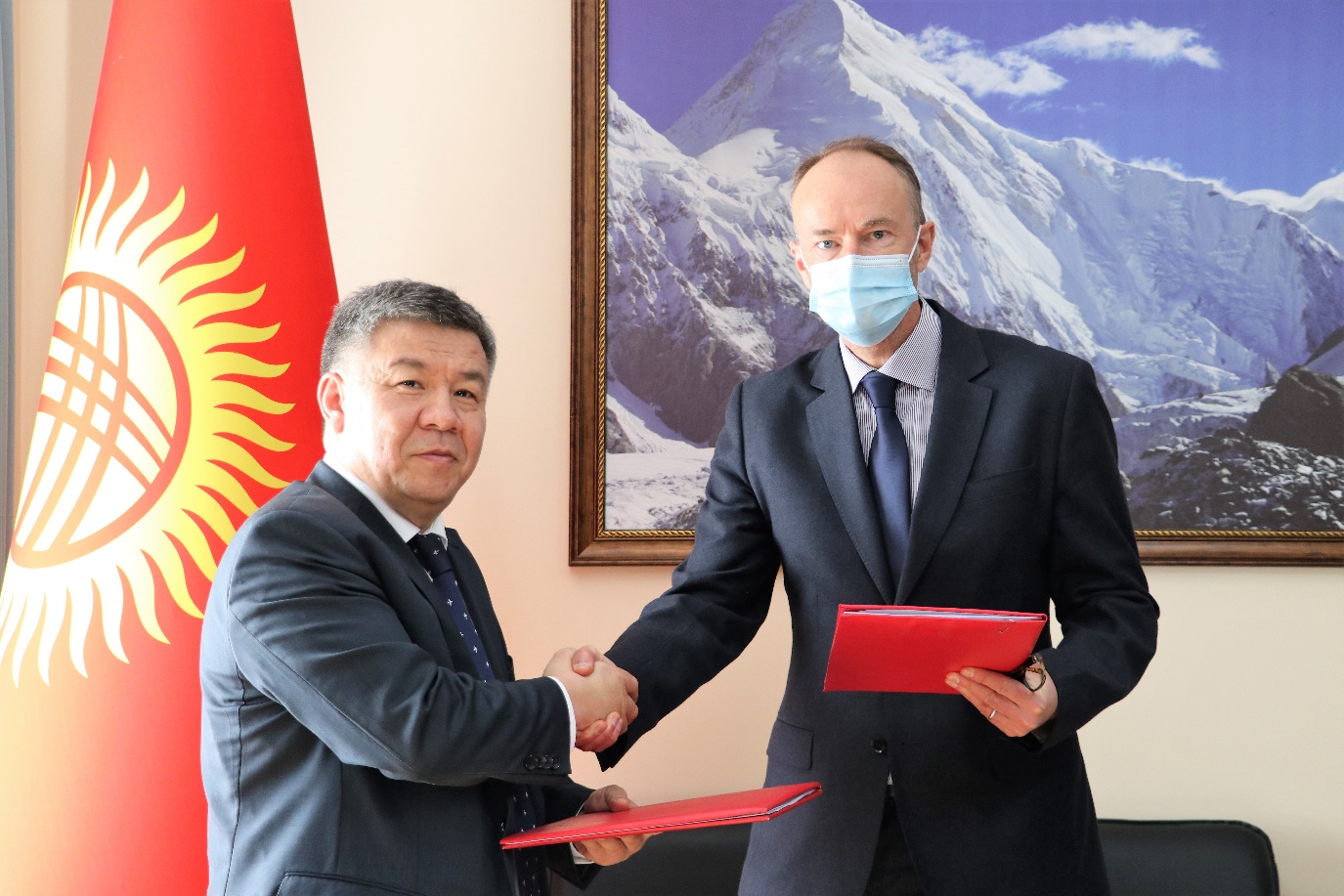 After concluding the partnership agreement – Almambet Shykmamatov, head of the IPPA and Martin Andersson, Executive Chairman of the Board of Chaarat Gold Holdings Limited

The agreement includes the existing plans of Chaarat to invest more than 110 million US dollars on the construction of the Tulkubash mining and processing project including related infrastructure investments in the Chatkal district of the Jalal-Abad region over the next two years. Based on the current plans, this will help create more than 800 new jobs at the site with a clear focus on local employment and training.

Chaarat reconfirmed its commitment to the country and the region in the form of its ongoing social aid program. To help the country meet its goals of national and local employment Chaarat has identified an opportunity to modify its social package. Chaarat will now engage with building a trades and skills college to help with providing the local communities advanced opportunities to gain the skills necessary for employment in a modern mining operation. Providing this enhanced training will be a significant benefit to Chaarat and will improve commissioning, start-up and ramp up of our operation. 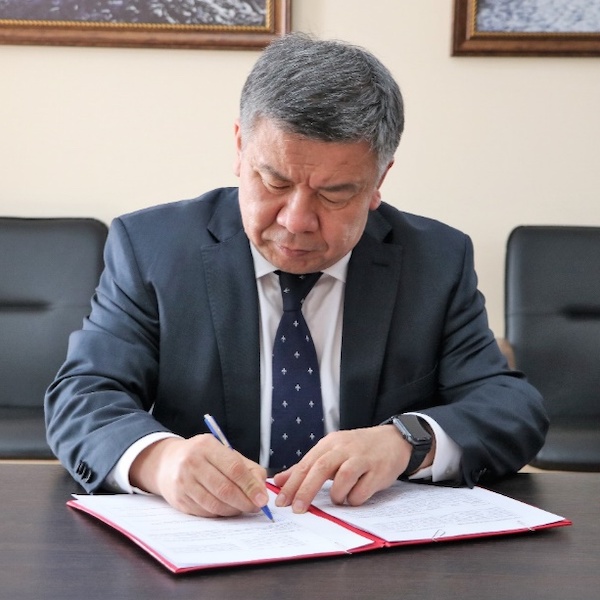 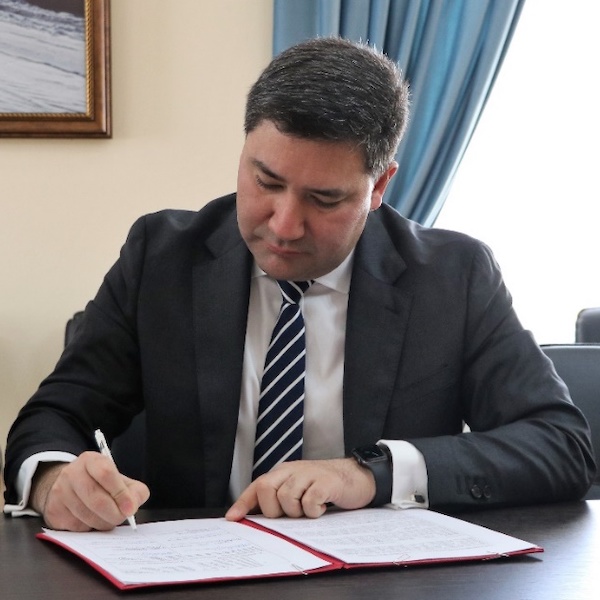 “Today we are glad that such companies as Chaarat Zaav are operating in the mining industry in our republic, the management of which has great experience and a good reputation.”

Alliance Altyn, the Kyrgyz-based subsidiary of a company controlled by Russian businessman Musa Bazhayev, commenced commercial production at its Jerooy project in Kyrgyz Republic in March 2021. The development and construction was a multiyear process with delays also caused by the COVID-19 pandemic. With the majority of the estimated 600 million US Dollar investment over the life of mine spent, this is a major mining project in the country coming into operation.

“Today we are taking part in the launch of a strategically important project for Kyrgyzstan, which will undoubtedly serve as a successful example of investment cooperation between our countries,” the President of Kyrgyzstan Sadyr Japarov said during launch of a gold processing plant at Jerooy mine.

According to Mr. Japarov, the joint opening of the gold processing plant testifies to close partnership and dynamically developing relations between Kyrgyzstan and Russia. After all, the Jerooy mine is one of the largest in the republic, which was discovered half a century ago.

“We all know how much time and effort was spent on negotiations over adoption and implementation of the investment decision. We want to thank our investors — the Alliance group of companies for investing in the economy of Kyrgyzstan. Alliance Altyn has covered a long way since acquisition of the license for development of the mine,” the head of state noted.

The president expressed confidence that the investment project with Russian participation would make a significant contribution to the sustainable development of the Talas region and Kyrgyzstan as a whole. Investors have already transferred almost 1.5 billion soms (c. 18 million US Dollars) to the budget and off-budget funds in the form of taxes and non-tax payments. After launch of the plant, the volume of payments to the budget will increase.

The total number of employees involved in the project will be about 1,000 people, more than 95 percent of whom are citizens of Kyrgyzstan.

Sadyr Japarov stressed that it is very important for Kyrgyzstan to ensure unimpeded work for investors. Therefore, he was one of the first to sign decrees on protection of property and support for entrepreneurs and investors and on reforming the mining industry of the Kyrgyz Republic. But, at the same time, the president drew attention to the need to further enhance the comprehensive dialogue between the enterprise and the local population. In addition, he considers it important to comply with all existing environmental requirements when developing the field.

“I would like to assure that the Kyrgyz Republic will continue to support such projects, which contribute to increasing the potential of the mining industry and, of course, development of the country’s economy as a whole. We are always happy to see Russian investments into the Kyrgyz market,” the head of state assured.

“The start of operations at the Talas ore plant in the Jerooy field is indeed of great significance to Russian-Kyrgyz economic cooperation and, overall, to the further strengthening of the partnership between our nations,” Putin said.

Putin added, Russia was “counting on the support of [the Kyrgyz] government” in making the mine a success.