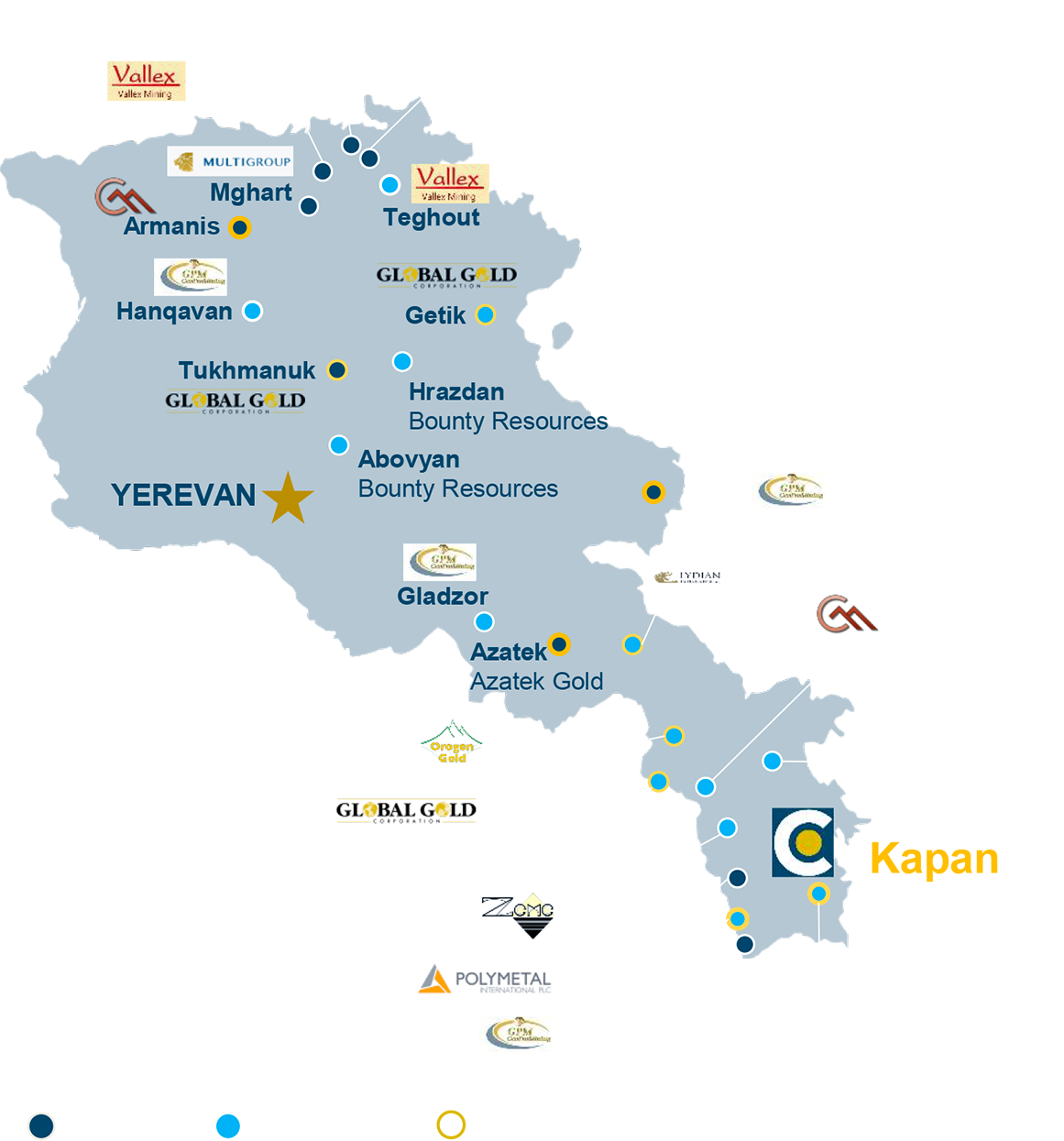 Why invest in Mining in Armenia

Why invest in Armenia

Armenia is a country in the north of Western Asia, in the northeast of the Armenian Highland. It borders Georgia on the north, Azerbaijan on the east, Iran on the south, and Turkey on the west. On the southeast part of it is Artsakh, and on the southwest is the Nakhichevan Autonomous Republic that is under the control of Azerbaijan. Today Armenia occupies only one tenth of the territory of historical Armenia.

According to historian Movses Khorenatsi, the beginning of the history of the Armenian people is considered 2492 B.C., when the renowned forefather of the Armenian people, the patriarch Hayk, defeated the Assyrian King Bel in the Armenian valley and gained independence. Armenia is the first state to adopt Christianity as a state religion in 301 B.C. 94.4 percent of the population profess Christianity. The Armenian Apostolic Church is the main religious institution of modern Armenia. During the reign of Tigran the Great in the 1st century Armenia reaches its maximum power and authority. In the XVI-XIX centuries the homeland of Armenians, consisting of Eastern and Western Armenia, came under the rule of the Ottoman and Persian Empires. In 19th century Eastern Armenia was occupied by the Russian Empire; Western Armenia, much of Armenia, remains under Ottoman rule. After the Russian Revolution and the fall of the Russian Empire in 1918, non-Russian states, including Armenia, declared their independence. The first Republic of Armenia was founded. On March 12, 1922 Armenia became part of the Soviet Socialist Federal Republic of Transcaucasia. On December 5, 1936, the Transcaucasian Federation collapsed, and the member states, including the Soviet Socialist Republic of Armenia, became Soviet republics.

The Armenian Diaspora is the community of Armenians living outside the borders of Armenia and Artsakh. The total number of Armenians worldwide is at least 10-12 million. In Lebanon, Syria, Iran, the US, Europe and other Eastern countries, Armenians are involved in crafts and commerce, partly in agriculture. Since World War II, there has been a significant increase in the number of businessmen, professionals, officers, and especially students, among the local Armenians. Armenians have been instrumental in the development of science, economics, education, health, politics, and other fields around the world. Many famous Armenian names can be found among the famous and successful people today, whose activities are regularly featured in various prestigious magazines such as The Guardian, Forbes and others.

Kapan is the regional center of Syunik marz of the Republic of Armenia, it is part of Kapan enlarged community with 38 settlements.

Kapan Enlarged Community Area is 79981.45 hectare out of which 4963.89 hectare in Kapan. As a settlement in Armenian historiography, Kapan is mentioned as far back as the 5th century AD, as a city in the late 10th century. In 1938, it received the status of a subordinate district city, and in 1963 a subordinate republican city, it was the center of the Kapan district.

In 1103, Kapan was destroyed by the Seljuks. Afterwards Kapan continued its existence for several centuries, not as a town, but as an ordinary settlement. The present town of Kapan is located 10 km south of the historic city, in the middle flows of the Voghji River, at the right and left narrow valleys of its Vachagan and Kavart tributaries, on 30-40 degree slopes adjacent to them, at altitudes of 700-1000 m. The name "Kapan" derives from the simple name "Kapan", which means "a narrow gorge between two mountains. The modern Kapan was built around the mining industry and was an industrial center during the Soviet era. Currently the main branch of the city's economy is mining too, represented by the Kapan Mine, "Chaarat Kapan" CJSC. Chaarat Kapan is the largest employer in the community, employing around 1100 residents. The company and the community are working closely together, and Chaarat Kapan always stands for the community development programs by supporting cultural, sports, social, health, educational and other initiatives.